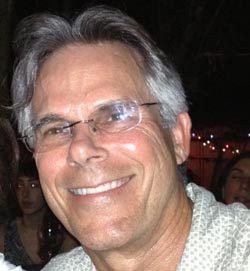 Dr. Kern started his private practice in Chalmette, Louisiana, a suburb of New Orleans in 1982.  The clinic grew at an explosive rate with thousands of patients having successful outcomes from drug-free treatment.  Seeing this exceptional need by patients for natural health care, he and three other doctors opened twenty chiropractic and physical therapy clinics in the Dallas/Fort Worth area from 1985 to 1992.  To further this outreach, in 1993 Dr. Kern opened two other clinics in New Orleans specializing in the treatment of worker's and auto injuries.

In 2005 the three clinics were destroyed in Hurricane Katrina.  Fortunately, only 17 days of business were lost as Dr. Kern was able to gradually reestablish his practice by sharing locations with two generous colleagues in Baton Rouge and Metairie, Louisiana, who were spared any destruction by the storm. Since 2006 he has maintained his practice in Metairie, opened an office on Canal Street in New Orleans, and has rebuilt his clinic in Chalmette.

Dr. Kern is married with five children.  He stays active at the gym, plays tennis and golf, has a passion for off-shore fishing and is an avid historical and non-fiction reader.